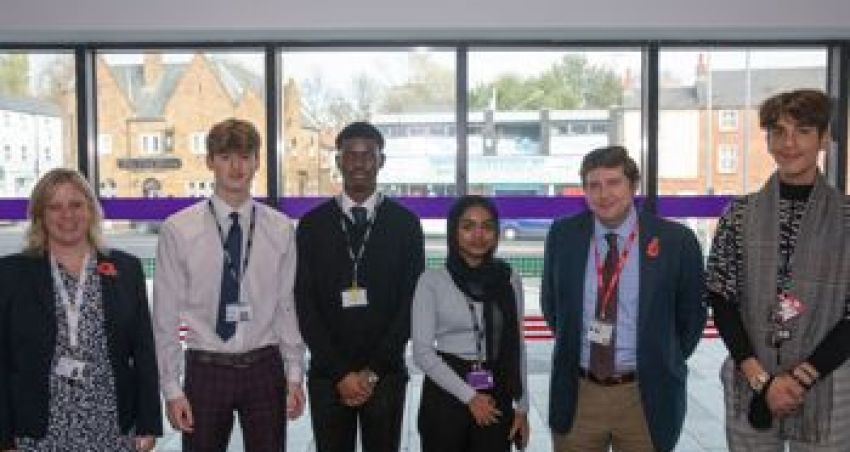 The Spencer Perceval debating competition, which was organised by Andrew Lewer MP as part of UK Parliament Week, offered students the opportunity to learn more about politics and engage with key issues as well as build their confidence in public speaking and develop debating skills.

Northampton International Academy hosted the event, the other schools that took part were Abbeyfield School, Northampton School for Boys and the Duston School, which was the overall winner of the event.

Themes for the debates were:

Andrew Lewer MP said: “UK Parliament week takes place each year to inspire and encourage our young people to get engaged with the UK’s democratic system and I organised this inaugural debating competition as an excellent opportunity for interested students to engage with politics, our democratic institutions and their local Member of Parliament.

“It was fascinating to hear the arguments made by the students taking part, they had clearly worked very hard to prepare for this event. Well done to all of the students who took part, and especially to The Duston School who were overall winners of the event.”

NIA headteacher Dr Jo Trevenna said: “We enjoyed hosting the competition, it was a great day for all involved. I was very proud of the NIA team, our students did very well and gained some invaluable experience speaking in public and thinking on their feet. Well done to everyone.”